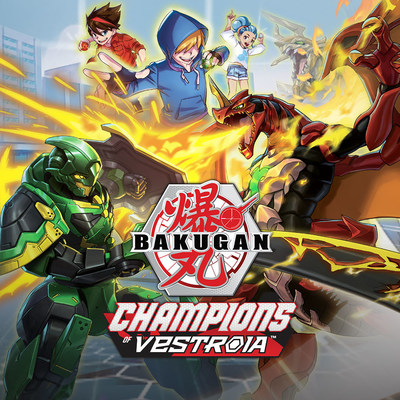 "We're pleased to partner with Spin Master and WayForward to bring the brawling action of Bakugan: Champions of Vestroia to Nintendo Switch," said Kevin Kebodeaux, Senior Vice President, Warner Bros. Interactive Entertainment. "The global popularity of Bakugan is undeniable, and this game is sure to excite players everywhere."

"Bakugan: Champions of Vestroia expands the popular brawling franchise with a new exhilarating, interactive game format with customization, competitive action, deep strategy, and anime-style characters and worlds that all gamers and Bakugan fans will love," said Simonetta Lulli, Vice President, Spin Master Studios. "Whether playing solo or against Bakugan brawlers online, the game offers endless hours of play at home or on the go."

"The brand new, action-packed video game and our partnership with Nintendo Switch and WayForward is so important to the Bakugan franchise as it continues expand globally," said James Martin, SVP Brand Marketing and GBU Lead of Bakugan. "Now, a whole new generation of fans can experience the excitement and skill of Bakugan in more ways than ever before."

"Bakugan: Champions of Vestroia brings together the most popular aspects of the TV series and toys in an authentic and inspiring new game," said Voldi Way, President & CEO, WayForward. "We designed it specifically for Nintendo Switch with unique battle gameplay and strategic options to build and battle a Bakugan team."

Published by Warner Bros. Interactive Entertainment, produced by Spin Master and developed by WayForward, the Bakugan: Champions of Vestroia video game will take players on a journey through an original story expanding on the hit TV series and toy franchise. They can create and fully customize their Brawler to fight side-by-side with the mysterious alien Bakugan as their human partner in battle. The game features a fully navigable 3D world divided into different districts each with dedicated battle arenas. Players can interact with other characters, go on quests, and explore with their Bakugan friends. They can also test their brawling skills online in head-to-head multiplayer against friends or players from the around the world to become a true Champion of Vestroia.

About Spin Master
Spin Master Corp. (TSX:TOY) is a leading global children's entertainment company creating exceptional play experiences through a diverse portfolio of innovative toys, entertainment franchises and digital toys and games. Spin Master is best known for award-winning brands PAW Patrol®, Bakugan®, Kinetic Sand®, Air Hogs®, Hatchimals® and GUND®, and is the toy licensee for other popular properties. Spin Master Entertainment creates and produces compelling multiplatform content, stories and endearing characters through its in-house studio and partnerships with outside creators, including the preschool success PAW Patrol and 10 other television series, which are distributed in more than 160 countries. The Company has an established digital presence anchored by the Toca Boca® and Sago Mini® brands, which combined have more than 25 million monthly active users. With over 1,800 employees in 28 offices globally, Spin Master distributes products in more than 100 countries. For more information visit spinmaster.com or follow on Instagram, Facebook and Twitter @spinmaster.

About WayForward
Based in Valencia, California, WayForward was founded in 1990 and has remained an independent game developer for 30 years. We are home to many talented individuals including programmers, environment artists, animators, modelers, illustrators, audio wizards, designers, and team leaders. With the new avenues for distributing games directly to fans we are finally able to make the games we have always wanted to.

Nintendo Switch is a trademark of Nintendo.

BAKUGAN and CHAMPIONS OF VESTROIA are trademarks of Spin Master Ltd. 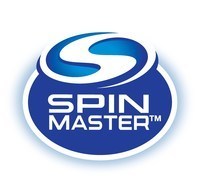