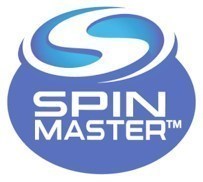 "Spin Master is at the forefront of trends and we are consistently infusing innovation into our portfolio of brands and products," said Ben Gadbois, Spin Master's President and COO. "Through unique storytelling and both internal and inventor inspired products, we continue to encourage imagination and delight kids globally. We are excited to reveal our 2018 product launches at Toy Fair, an event that truly embodies our values rooted in innovation, creativity and fun."

Continuing Spin Master's legacy of industry recognition for innovative toys and breakthrough leadership, the company has received nine nominations for the upcoming Toy of the Year (TOTY) Awards and five nominations for the Women in Toys (WIT) Awards along with the prestigious Elise Lachowyn Mentorship Award.

Play Beyond the Surprise

The element of surprise is universally appealing and a key factor in creating 'WOW' moments. Hatchimals® launched in 2016, and continues to take the world by storm. Arriving this August is Hatchimals Mystery™ – the fourth 'Hatch Batch' that lets you discover the ultimate mystery from four entirely unique Hatchimals. For an even bigger reveal, the Hatchimals family is expanding for its third annual Hatchimals Day. Who's inside? It's a surprise! Spin Master also introduces Fuggler®, the strange monster doll that generates excitement with its unpredictable personality and toothy grin.

Although surprises are key in building anticipation and surprise, the focus will shift more to the loving bonds and sense of exploration after the reveal. With the desire for entertainment to be all-encompassing in daily activities, brands will start to truly surround kids with play and entertainment opportunities both on and offline. Whether that be in the form of Webisodes, such as those currently offered for Flush Force™  and Hatchimals CollEGGtible®s, or through various playset scenes, such as the Tech Deck Dudes™' skateboard parks and concrete jungles, toys are transforming into lifestyle platforms.

You'll also see an increase in the features of collectibles. Hatchimals CollEGGtibles® Season 4 will glow. That's right – glow! All they need is a little bit of light to shine bright like a diamond. Twisty Petz™ will serve as a fashion statement on your wrist but then twist to form unique pet figurines for play wherever you go.

Every moment counts and the need for instant gratification is something we are seeing more and more. For the everyday maker, Rusty Rivets Tigerbot allows kids to create an authentic replica of their favorite character from Rusty Rivets. Kids can use the easy-to-build set to assemble before quickly speeding off to the next adventure! Within the Cool Maker portfolio, KumiKreator allows fashion-forward kids to make their own unique bracelets with increased expertise and speed each time. And for Croc 'n' Roll, active preschoolers will be dodging and speeding away from the goofy crocodile in no time. With two variable speeds, colored lily pads to jump on, and guard rails to prevent the unpredictable croc ball from rolling away, this game will surely keep kids on the tips of their toes.

Stepping Up the Level of Interaction

From dolls, to dogs to board games, we will see an increased level of interaction between kids and their beloved toys. Launched last year, Luvabella™ and Luvabeau™ are continuing to push forward and break boundaries as the most realistic baby dolls on the market. Whether they are showing their affection with heart-warming expressions, joyful giggles, or the new snuggle mode, they engage with whoever is playing with them. The same goes for Zoomer® Playful Pup™, the most expressive robotic dog on the market. Similar to a real puppy, he walks, scampers, shakes and pounces and adapts to a voice recognition system that gives kids the chance to heighten their level of interaction over time. Packed full with technology, Boxer™  incorporates artificial intelligence that comes to life immediately and features a lively personality that evolves over time.

There has also been a noticeable uptick in toys that kids can fully master and control, empowering them to refine their skills and reach their full potential. Air Hogs® Supernova is controlled with the power of your hands through maneuvers that range from simple to complex. Air Hogs® Extreme Air Board™ is controlled through a remote, and lets players experience the thrill of extreme sports. Shredderz™ enables the same sense of exploration but for rock 'n' roll music, offering the only line of musical toys that gives kids the confidence to become a rock star right out of the box, with no experience required.

Taking children's imaginations to the next level to foster a deeper sense of play is essential. PAW Patrol Ultimate Fire Truck Playset™ does this by positioning the children as the heroes of the story by letting them reach new heights and save the day. Soggy Doggy® lets you heighten your sense of play no matter what time it is – in this case, bath time! Players' race around the board washing Soggy Doggy, but must beware of his insistent shaking. Moonlite™ fosters a newfound level of interaction by allowing kids to experience bed time stories in a way they have never experienced them before. And with Kinetic Sand Beach Sand Kingdom™ and Pimple Pete™, texture becomes the focus as kids immerse themselves in play.

Media and influencers are invited to visit Spin Master at the North American International Toy Fair 2018, Booth #1635 to see these products first hand.

About Spin Master
Spin Master (TSX:TOY; www.spinmaster.com) is a leading global children's entertainment company that creates, designs, manufactures, licenses and markets a diversified portfolio of innovative toys, games, products and entertainment properties. Spin Master is best known for award-winning brands including Zoomer®, Bakugan®, Meccano®, and 2017 Toys of the Year, Hatchimals®, Air Hogs® and PAW Patrol®. Since 2005, Spin Master has received 92 TIA Toy of The Year (TOTY) nominations with 21 wins across a variety of product categories, including 13 TOTY nominations for Innovative Toy of the Year, more than any of its competitors. To date, Spin Master has produced six television series, including 2007 success Bakugan Battle Brawlers and current hit PAW Patrol, which is broadcast in over 160 countries and territories globally. Spin Master employs over 1,500 people globally with offices in Canada, United States, Mexico, France, Italy, United Kingdom, Slovakia, Poland, Germany, Sweden, the Netherlands, China, Hong Kong, Japan, Vietnam and Australia.